How to Make Fuzzy Felt Into Such a Popular Product

There are a plethora of reasons to adore fuzzy felt toys. There are very few things that can withstand the test of time, especially when it comes to appealing to the younger generation like them. But fuzzy felt toys have not only managed to remain relevant since as far back as the 50’s but also remain safe and durable for infants and toddlers alike.

If you are interested in the history of Fuzzy felt and how to keep the fuzzy felt toys clean to improve hygiene. Then you have come to the right place. 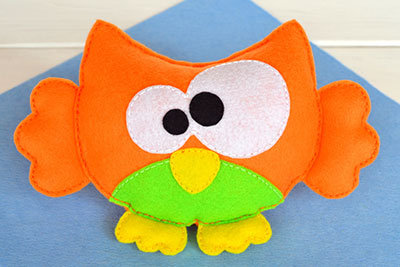 Chapter 1 Where Does the Fuzzy Felt Come From?

It all started during World War II, to help in the war by manufacturing felt gasket, a kind of material used to absorb sound and vibration and used in the sealing of components of tanks. One day, Lois did this with the other women in the first felt factory.

Lois was very observant. She ran the crèche for the children of women involved in the manufacture of the felt gasket. She couldn’t help but notice how happy children were to stick distorted and leftover felt to the backs of their table mats.

This gave Lois the brilliant idea to begin manufacturing toys from felt material, into the versatile and appealing fuzzy felt toys we are familiar with today.

Although the highest peak of fuzzy felt might have been in the 70s, 2016 still recorded a stunning number of over 26 million fuzzy felt sets sold across the globe. This can no doubt attributed to its widely appealing nature and nostalgic properties.

Currently, over 25 million sets of fuzzy felt have been sold internationally, in varying styles and forms, including several themes such as princesses, biblical imitations and even Math and English variants. As the years have progressed, various forms of alterations have been added to make fuzzy felt even more enjoyable. It includes branding it with modern themes, adding glitter, and even laminate it. 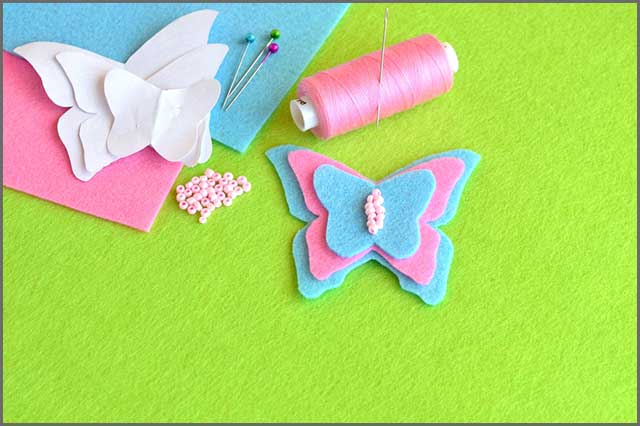 Chapter 2 What Areas are Involved in Fuzzy Feelings?

The uses of fuzzy felt are practically limitless; they used in fashion, art, education, and even music. Fuzzy felt caters to all genders, coming in several versions that appeal to girls, boys, and both sexes alike. John Adams is one of the most popular fuzzy felt makers. It is known for creating great printed, felt pieces that allow kids to mix and match pieces to create their own stories.

They are most popularly made in images of real animals in the jungle or under the sea and come in a variety of colors. Other sets in the large John Adams collections consist of Little Princess, Fairy, and Butterflies for a mostly female-targeted audience, which appears in varying shades of pinks and purples.

Boys aren’t left out of the equation either with Pirates and a Busy Builders set.

They are also popularly recruited in Bible story retellings for children and as animated cartoons such as Tommy the Train and My Little Pony. Fuzzy felt has even been incorporated as a sort of musical inspiration as it even featured as the cover art of several music albums, including the 2006 Fuzzy-Felt Folk album. Whether to entertain kids for arts and craft, engage them in the great outdoors, or even pique their interest in science. You can be sure there’s a fuzzy felt perfect for the occasion.

Chapter 3 How to Clean a Fuzzy Felt Animal

Cleaning a fuzzy felt toy can be tricky. It’s not always apparent that they are dirty until they are, because dust and dirt tend to settle on it gradually. In order to maintain proper hygiene, it’s best to wash it at regular intervals to prevent your children from carrying harmful microbes into their mouths. Yes, you should do this, even when you don’t think it’s dirty.

Step 1: Place the toy in a bag large enough to contain it and pour a generous amount of baking soda in the bag. The baking soda acts as an absorbent material to remove dirt, stains, and odor. The toy should place in the bag for more than an hour.

Step 2: Shake off the powder using a soft damp cloth, so a brush and repeat if necessary.

Step 4: Air dries the toy or uses a dryer if possible. Take care to squeeze and not wring out any excess water. 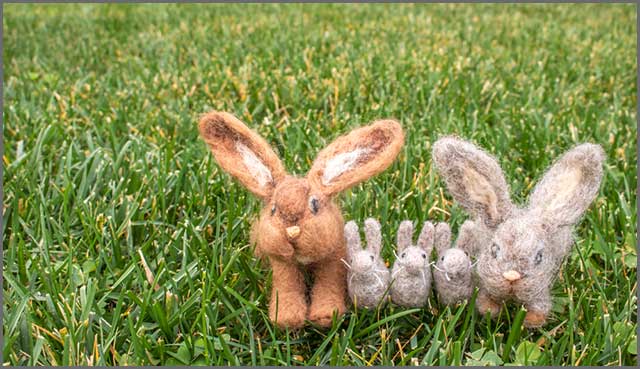 Chapter 4 What are the Advantages of Fuzzy Felt?

There’s a very good reason fuzzy felt has been able to withstand the test of time and remain one of the most popular types of toys in the market. Since it makes of felt material, this is no easy task. From design handbags to roofing felts, humans have been using them for hundreds of years.

There are a lot of reasons fuzzy felt toys continue to remain in our homes and hearts. 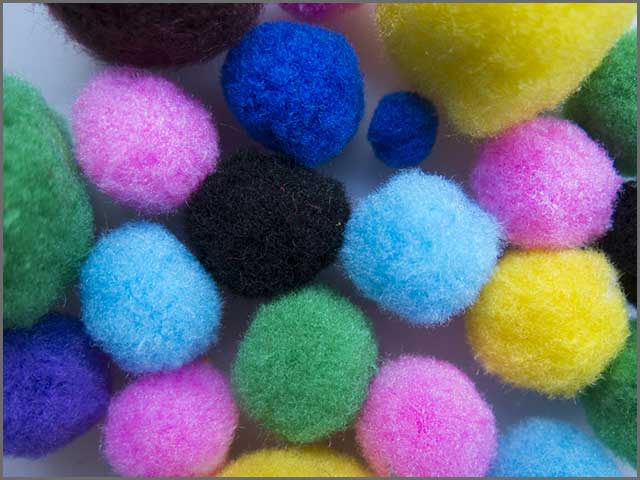 As an internationally marketable product, fuzzy felt can be shipped to virtually every part of the globe and bought in any megastore. Here are a couple of reviews to help cement the fact that fuzzy felt toys are absolutely the best.

I bought this as a Christmas Present for my great-nephew. He loves it, great that they still make this; it has kept him amused for hours. -Trelawny Southwold.

Lots of interesting shapes and animals so will hopefully keep grandson busy for a while. -Jean tuck.

My daughter loves these; Lol dolls are very popular with my daughter. We’ve had many like these, and she just wanted more. -Tiff

It’s plain to see that very few options measure up to fuzzy felt material when it comes to toys. They are accessible to people from all economic backgrounds and can use as a fun arts and craft project for kids. The material is also very durable, as it doesn’t fizzle out and can even be passed as a family heirloom if cared for properly, as detailed above.

The best part is no doubt about its versatility. It can appeal to all ages and genders because they can be shaped into various forms and made in different colors to suit the individual. With so many benefits of possessing a fuzzy felt toy, it’s hard to see why anyone wouldn’t want to have one. So what are you waiting for? Get your very own fuzzy felt toy now.